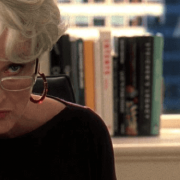 Queen Bee, the Ice Queen. We’ve all met one or worse yet, worked for one. I recently came across a slew of articles analyzing the role of the these characteristics in the office ecosystem. It’s a topic I’ve discussed at great length both in my book, Leading Gracefully and at speaking engagements across the US and abroad. So, why did these articles in particular catch my eye? They weren’t about the problems associated with being pegged as the Ice Queen, they were about embracing her!

Needless to say, I was shocked. Women have been forced into these stereotypes for decades because of discriminatory work environments, and that’s not a tradition I think we should embrace. As I began reading the arguments posed by pro-Ice Queen authors, I realized that the core of the argument in favor of being the most unapproachable person in the office was about exuding confidence.

Let’s get one thing straight: Women should not have to trade likeability for confidence.

I developed the Feminine Leadership Model based on leading with the ideal balance of our masculine and feminine traits, but confidence is neither. Women can embrace feminine qualities that make them kinder, more caring, and more empathetic – all the while carrying themselves with the kind of confidence that will get them the respect they deserve. And let’s be real, being icy and bitter only exudes faux confidence, at best. I teach my female clients that showing empathy, leveraging your vulnerability, and letting your colleagues know you care are all real ways to become a more effective leader. These methods are all antithetical to being the office Ice Queen, and lead to a healthier and more successful team dynamic.

Discriminatory and male-dominated work environments may be to blame for the existence of the Ice Queen stereotype but, by and large, the victims of the aggressive and bossy female leader are other women. And in fact, one of the top complaints I hear from my clients are stories of how their female bosses actively working to sabotage their career. Typically these are stories of female bosses who micro-manage which makes it difficult to gain the skills necessary to advance or don’t advocate on their behalf, limiting their visibility which hurts their chances for promotions. This practice hurts the overall cause for those of us who are interested in closing the gender leadership gap.

I believe it is vital for women to strengthen their professional relationships with each other in order to close this gender gap. Here’s a passage I include in Leading Gracefully: “When we become less judgemental, and more forgiving of women who may be slightly different than us, it can lead us to work better together – and give women the boost that they need to face the myriad other challenges they have to face in the workplace.”

If you’ve been paying any attention lately, you know that women’s leadership is a hot topic right now. It’s about time, right?! As a feminine leadership expert and coach, I’m passionate about helping women more fully embrace their natural strengths, namely their feminine capacity, as a key to success in business and in life. Compassion, empathy, collaboration, connection, candor — these are examples of feminine traits that are preferred when it comes to success and leadership, according to a recent global survey. What would be possible if we based our definition of success and power on these values? And more specifically, what if women embodied these traits more fully?

My own experience working inside a Silicon Valley tech company taught me that contrary to popular belief, women were NOT exhibiting the character traits so commonly referred to as ‘feminine.’ To my shock and horror, most women were hiding their emotions, their passion, and compromising their ability to be collaborative and build consensus by showing up more like men. What I began to realize was that in order to stay competitive and be taken seriously in a business setting, women had been hiding their natural feminine gifts and abilities and adapting to a more male-centric model and approach to success.

This presented a big problem for me when I was given the opportunity to step into a leadership position at the ripe old age of 25. When I took a look around for a female role model I could look up to, all I saw were women acting like men, including our then-CEO, who was a woman. As an up and coming manager, I had to decide — was I going to lead like a man, or was I going to try something different? Being the rebel that I am, I opted for going against the norm and decided I was going to stay true to myself. So, on the first day of my task force meeting with a group of executives, I walked in and declared, “I have NO idea what I’m doing and I really need your help!” I was half-expecting that statement to undermine my credibility and authority, but to my surprise, it had the reverse effect.

What transpired over the following year was nothing short of miraculous. Instead of controlling all the details of the project, I built trust with my team by asking for their help and empowered them to participate fully in taking ownership of their tasks. Instead of bottle-necking the decision-making process, I empowered people to make decisions and got out of the way. I inspired my team with a strong vision and built relationships with the main players, so if I ever had a problem, I knew who I could go to for a quick solution. Through the courageous act of being vulnerable, I was able to successfully pull off one of the biggest challenges of my life: producing a 10,000 user conference for our company.

The icing on the cake for me was the end result. We had one of the most highly-attended conferences of all time, and my team came up to me afterwards and said how much they enjoyed working with me. Attendees at the conference said they felt cared for and how well organized the conference was. To me, this was validation that my experiment had not only worked, but it rocked! And that’s when it hit me. Instead of using a command control and authoritarian leadership style (more traditional, male-centric), my experiment to lean into my natural strengths as a woman are what led me to the biggest success I had experienced to date.

That’s when I came to the conclusion that the biggest obstacle to women’s advancement in business was the fact that we were trying to conform and adapt to an outdated model not very suited for the 21st century. I began to think what else might be possible if women stepped more fully into their authentic, feminine leadership. And I began to get excited about the possibilities and impact that could have on business and in the world.
Please leave your comments and thoughts below. What is your definition of success and power in the 21st century? What traits can women (and men) embrace to truly thrive? What are actions you can take to create this shift in yourself? What type of community or network would best engage and support you in creating this shift?