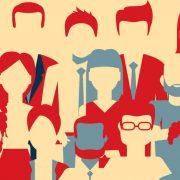 You could have the most diverse workforce there ever was but, if you’re not leveraging that diversity, then what is it good for?

Everyone’s talking about diversity. As Silicon Valley continue to grow and expand, a considerable effort is going toward hiring diverse employees by expanding the candidate pools to include a wider range of backgrounds. Companies from Microsoft to Uber are fervently discussing ways to engage their employees based on their gender, ethnic, religious, and sexual differences, in addition to trying to expand their teams to be more inclusive of people in each of these categories. Does all this effort actually translate into success? Not necessarily. The truth is, you could have the most diverse workforce there ever was, but it’s also possible to miss the mark if the potential of that diversity isn’t leveraged.

When building a team, it is crucial that existing employees as well as new hires understand the value of diversity and the benefits it brings by fostering an inclusive environment. Recent McKinsey research confirms the economic value of a diverse team, demonstrating that companies with “the most ethnically diverse executive teams—not only with respect to absolute representation but also of variety or mix of ethnicities—are 33 percent more likely to outperform their peers on profitability.” Of course being an inclusive and respectful individual is the right thing to do, but even employees prioritizing financial returns should be especially cognizant of data like this when interacting with their colleagues. Yet somehow, sadly, “people of color [still] report isolation, discrimination, and toxic work environments. They are promoted and paid less than their white counterparts. And they are excluded from executive level positions.”

Last week I facilitated a workshop called “Building Respect in the Workplace” for Siemens Healthineers in which I encouraged participants to discover, acknowledge, and ultimately overcome the unconscious biases that have the potential to create these toxic work environments. Unconscious bias is a tough one to tackle because it isn’t born out of malice. Unconscious biases can even manifest when someone believes they are doing something to help their colleague. Unfortunately, these efforts can inadvertently make them feel more out of place than ever. Take this example: A successful person of South-Asian descent, working in finance at a tech company, has been nominated for an award. They win, and when their boss delivers a speech congratulating them for their achievement, the boss suggests that it is truly a triumph that they can come to this country and make such a valuable contribution to American innovation. It turns out, this employee actually grew up in New York.

We also discussed confirmation bias, something that happens as a result of years of paying attention to information which confirms what you already believe, while ignoring information that challenges your preconceived notions. This is why it is so vital to consistently ask for input from others, question your own assumptions, and practice empathy and non-judgement. Here’s another example: If an investor has a positive feeling about a particular company in which they own stock, or perhaps they have made money from it in the past, they are unlikely to sell their stock when they encounter a negative review. Their mind will seek positive information and ignore any negative predictions, thus confirming their assumption that the stock they own is profitable.

Thankfully, a diverse team naturally produces a wide array of opinions and ideas that will inevitably challenge conventional wisdom. If managers can create positive and respectful environments where each member of the team feels their input is appreciated and has influence over the actions of the leader, then the leader can leverage this diversity and translate it into profits and growth.